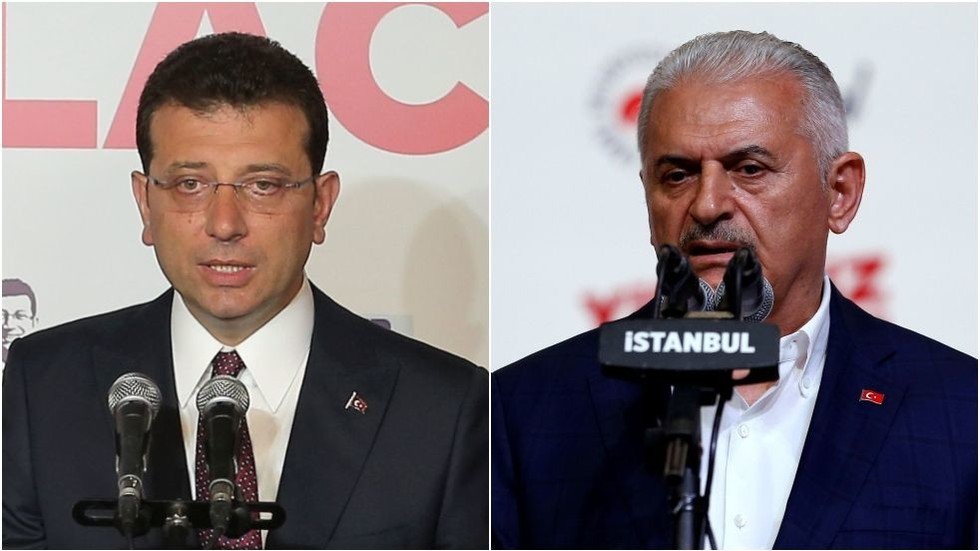 Turkey’s ruling AK party runner-up Binali Yildirim has congratulated his rival, Ekrem Imamoglu, on his victory in the rerun of Istanbul’s mayoral election. The results of the initial vote in March were annulled over violations.

The former Turkish Prime Minister, who had received full backing from President Recep Tayyip Erdogan during the campaign, expressed hope that Imamoglu “would serve the city well.”

Yildirim conceded defeat after it was reported that the opposition candidate, a member of the Republican People’s Party (CHP) had 53.6 percent of the votes after nearly 95 percent of the ballots were counted.

The repeat election in the country’s largest city, with a population of over 15 million, was seen as a true test of Turkish democracy.

Also on rt.com
Erdogan doubles down on S-400 deal, vows Turkey will retaliate against any US sanctions


The initial vote on March 31 was also won by Imamoglu by a narrow margin, but Turkey’s High Election Board annulled its results under pressure from the AK Party, which filed numerous complaints about it.

Over the last 25 years, all mayors of Istanbul were from the AK party, including Erdogan himself, between 1994 and 1994. The President famously said that “whoever wins Istanbul wins Turkey.”

Imamoglu said that, despite differences in their political views, he was ready to “work in harmony” with Erdogan for the sake of Istanbul and promised “a new beginning” for the city.